Most established authors have come across oddly packaged, often pirated books for sale under their names. It’s one of the advantages of being with a publishing house rather than being a full-on Indie, since the big houses always have a legal department ready to come snarling out of the woods at wrongdoers. 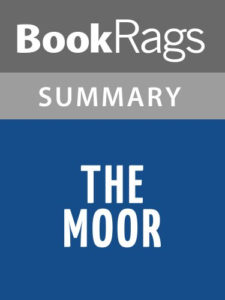 But this article appeared recently that has little to do with so-called “Study Guides” to a novel, which are unauthorized by the writer and basically a cut-and-paste off of Wikipedia.

No, this is money laundering, and of a fairly clever sort—I can’t wait to see which MWA member is the first to use it as the crime in a novel.

Seems that someone used the name of an established, if specialty, nonfiction writer and attached a gibberish “novel” to that name. So far, so weird—but then they slapped a price tag on it of $555. Which is, yes, a bit more peculiar.

And then—the book sold, in astonishingly large numbers, to the tune of some $24,000 over a few months. Which rather surprised the attributed author when he received a tax form.

The key? Stolen credit cards, with Amazon thus the tidy laundering service for the 60 percent royalties they pay their Createspace authors.

“I have reviewed numerous Createspace titles and its clear to me that there may be hundreds if not thousands of similar fraudulent books on their site,” Reames said. “These books contain no real content, only dozens of pages of gibberish or computer generated text.”

The article is here.

And the first NorCal author to use it in a story wins a prize. Maybe a fake Amazon store credit?