(An ongoing series of blog posts from member Lexa Mack, to spark your writing imagination. What do you think?)

Tell – Noun – (especially in poker) an unconscious action that is thought to betray an attempted deception.

Red Herring – Noun – Something, especially a clue, that is or is intended to be misleading or distracting.

In mystery fiction, or anyplace where the culprit is unknown, there may be unintentional clues left that could help identify, or eliminate, suspects.  For example, watching Dr. Blake Mysteries last week, the murder victim was kind of OCD about things, but his clothes had been stuffed in a locker.  So, it was likely he didn’t do the stuffing.

I am wondering about other habits or traits that could provide clues.   What type of personal attributes might leave subtle messages?  Can age, height, weight, left-handedness, or gender provide fodder for solving fictional crimes?  What other tendencies might unconsciously leave evidence behind?

In movies and TV (and real life, too) investigators use height, direction of blow, and other clues to identify suspects.  How old or weak a suspect is might eliminate them from consideration. I think of these as physical alibis.

These examples are unintentional clues, but there are always the intentional red herrings that a criminal might use to derail the investigation.

How might someone overcome their physical identifiers to mislead someone?  How might a small woman overcome her physical traits in order to commit a crime that would seemingly be impossible for her?

Someone could spray perfume at the crime scene, wear a disguise, leave large shoe footprints outside windows.  I read that moonshiners would wear shoes with hoof shaped wooden blocks attached to them to fool the authorities (check it out on the internet).

Most of these examples are standard, but I know that any MWA Member worth their salt can come up with much trickier ones with very little effort.

Playing your cards “close to your chest” (yet another poker reference) is generally considered wise, but I’d love to see what our conniving collective consciousness can come up with. 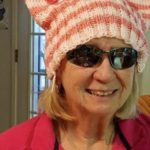 1 thought on ““Tells” and Red Herrings”