Every Saturday from 10:45 AM-Noon
Join us on Saturday mornings for 10 minutes of chatty camaraderie followed by some dedicated writing time.
Members, email MWANorCalEvents@gmail.com and request the Google Meet link to join.

Historical: of, relating to, or having the character of history; History: a branch of knowledge that records and explains past events.

How are readers transported into the past through novels? Join us, on Zoom, for this discussion to hear how historical mysteries are imbued with vibrant descriptions of the culture and consciousness of the past. How life was lived in a different time and place, and how crimes were solved using only wit, wisdom, intelligence, and the technology at hand – which did not include cell phones or GPS!

Moderator: Laurie R. King is the New York Times bestselling author of 28 novels and other works, including the Mary Russell-Sherlock Holmes stories. She has been a member of MWA since dinosaurs walked the earth, was president of the NorCal chapter for years, and is probably the only writer to have both an Edgar and an honorary doctorate in theology.

Emcee: Dale Berry is a commercial artist and designer in San Francisco, California, who is best known for his work on the graphic novel series Tales of the Moonlight Cutter, which is published by his company, Myriad Publications. Berry also created Ninja Funnies for Eternity Comics, and the character Dragonhead with co-creator Eric Dinehart. In addition to his work in commercial art and graphic novels, Berry is a professional fencing instructor and hosted a weekly radio program on KRZR.

This program is indoors. Mask and proof of vaccination are required at the door. Please read the requirements at litquake.org/covid.

How do we craft Noir? What makes the atmosphere and setting leap from the pages and grab a reader? How do writers manifest the stark landscapes, raw emotion, concise dialogue, and characters pushed to the edge of their personal abyss? Join us, on Zoom, for what will certainly be a fascinating discussion!

Moderator: David Corbett is the author of six critically acclaimed novels, which have been nominated for the Lefty Award for Best Historical Mystery, the Anthony and Barry Awards for Best First Novel, and an Edgar. His book on the craft of characterization was published by Penguin and his follow-up, The Compass of Character, was published by Writer’s Digest Books.

There seems to be a never-ending fascination with the paranormal. What is the enduring appeal of that which defies explanation? Join us, on Zoom, to enter the world of the supernatural—our own metaphysical romp into the otherworldly. This is sure to be a fun panel! 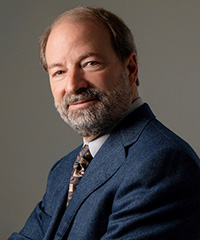 Saturday, November 13
How to Design Your Writing Space for Maximum Creativity, According to Science
Did you know that the color of your walls, the height of your ceilings, and the shape of your furniture can all affect the quality of your writing?
For over twenty years, scientists have been exploring how our physical surroundings influence our mental state, including our ability to do creative work. This presentation will introduce you to the field of environmental psychology and how you can harness it to shape your writing space for maximum performance.

The talk is extensively illustrated, and includes photographs of workspaces belonging to celebrated authors. No prior design expertise required to attend!

Architect Donald M. Rattner helps individuals and organizations maximize creative performance by drawing on scientific research in design psychology. His most recent book is My Creative Space: How to Design Your Home to Stimulate Ideas and Spark Innovation, 48 Science-based Techniques, which has won six awards to date. Educator and practitioner as well as author, Rattner has taught at the University of Illinois, New York Academy of Art, NYU, Parsons, and online. Speaking venues include the Creative Problem Solving Institute, Creative Mornings, libraries, bookstores, conferences, and corporate events. His work and writings have been featured on CNN, in such publications as The New York Times, Work Design Magazine, and Better Humans, and on numerous podcasts. Rattner holds a Bachelor’s from Columbia and a Masters of Architecture from Princeton.